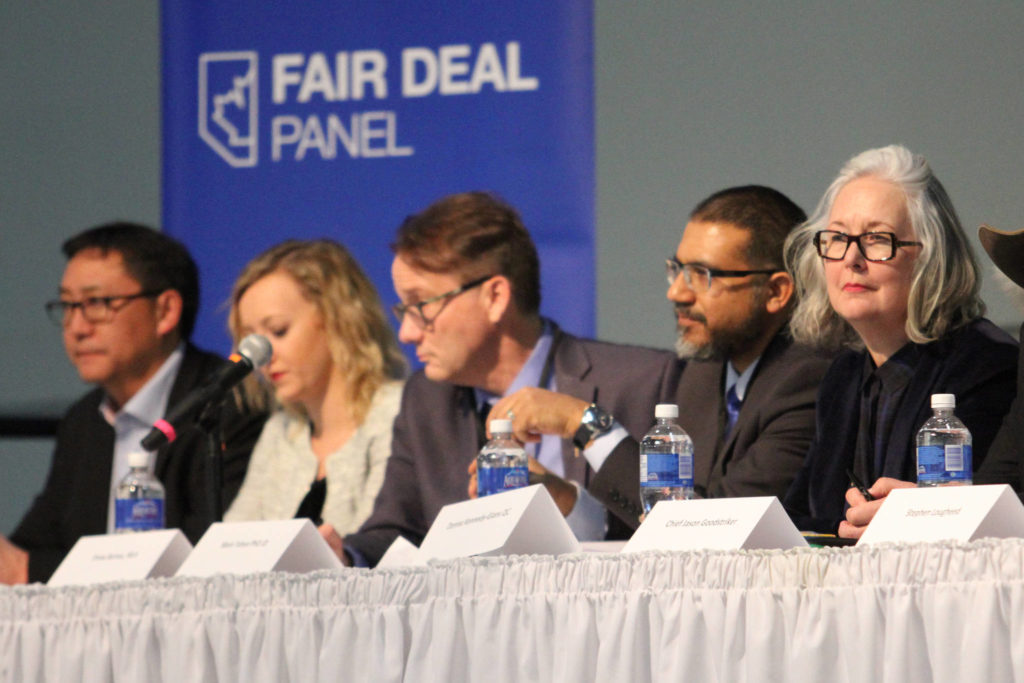 People should be capable of walking and chewing gum at the same time.

In other words, individuals should be able to undertake more than one task simultaneously.

In November, Premier Jason Kenney encouraged Albertans to voice their opinions about the manner in which the province is treated within Confederation.

He created the Fair Deal Panel, which travelled the province consulting Albertans about such initiatives as a replacement for the Canada Pension Plan, collecting our own taxes and a provincial agency to take the place of the RCMP.

At Kenney’s urging, more than 40,000 Albertans participated in an online survey and 2,500 people attended town hall meetings hosted by the panel across the province. Attendance at the gatherings would certainly have been much higher if they had been properly advertised.

The government has the panel’s report in hand, but said almost a month ago it won’t release its findings until “the worst of the COVID-19 pandemic is over.”

“I look forward to giving this report and its recommendations the proper attention it deserves once we have safely started to implement our relaunch strategy,” Kenney said at the time.

This is where the reference to chewing gum and walking at the same time is appropriate. Certainly, the COVID-19 pandemic has required steely-eyed attention, but the Kenney government has found time to engage in plenty of other pursuits in recent weeks, including playing with the body that oversees real estate salespeople.

Let’s face it: we’re now only one stage away from completing the province’s three-step return to a greater sense of normalcy.

If Kenney felt the panel was a valuable exercise and worth the public expense, he must release the findings in a timely fashion. Failing to share the panel’s report risks making its work, and the contributions of many Albertans, irrelevant.

The report was supposed to be submitted to the government by March 31. Then the deadline was extended to April 21. Then it was filed in May.

There is consensus that the results should be shared. The Buffalo Project, a blue-ribbon group of concerned citizens fighting for a new deal for Alberta and Saskatchewan, is among those pressing for the release of the panel’s conclusions.

“Our polling shows Alberta and Saskatchewan residents want to see action from their provincial governments immediately to address the ongoing unfairness within Canada,” said Buffalo Project board chair Dallas Howe.

“The release of the Fair Deal Panel report is the logical first step.”

A recent poll conducted on behalf of the Buffalo Project from June 3 to 7 showed 75 per cent of Albertans and 72 per cent of Saskatchewan residents are dissatisfied with their province’s treatment by the federal government.

Further, 58 per cent in Alberta and 57 per cent in Saskatchewan support a new arrangement where their province would have more autonomy from the federal government within Confederation.

Of those in support of greater autonomy, roughly one-half want action immediately and do not want to wait until the pandemic situation or economy stabilizes.

Now’s the time for Kenney to release the Fair Deal Panel’s report and indicate what action, if any, he’s inclined to take.

Albertans deserve at least that much, rather than more delays.

David Marsden is managing editor of the Red Deer Advocate.

Opinion: Time for Tories to stand up